Android comes of age for Mobile Computers ! The year of mobile operating system transition from Windows to Andriod O/S ? 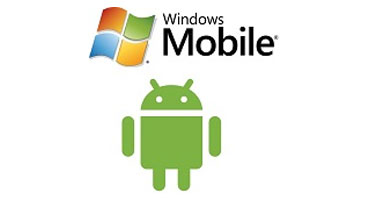 Microsoft will stop issuing security patches and software updates for Mobile Computers - so if you are running Windows Embedded systems today, it’s time to start planning the move to other platforms as you begin to replace your older handhelds.

Will this be the year of mobile operating system transition from Window Mobile to Andriod O/S  ?

There has been a marked shift in the mobile operating systems ( O/S) over the last few years, and it’s clear that the transition from MircoSoft Windows operating Systems to Android now due to Microsoft's announcement for end of support for Windows Embedded, industries are having to look to an alternative OS for their enterprise Apps and the most suitable option today is Android. As a result, businesses will need to have their apps rewritten for a new OS before the deadline. This can be critical since there are so many devices used in regulated environments.

The clock is ticking for Windows Embedded
If you are running Windows Embedded systems today, it’s time to start planning the move to other platforms as you begin to replace your older handhelds.

Depending on the number of devices in your organisation, you’ll want to get your upgrade strategy in place sooner rather than later to ensure there is a smooth roll-out, as the final deadline in 2020 isn’t that far off, and the closest is less than six months away.

When you switch away from Windows Embedded, your apps will need to be rewritten in order for them to work on Android. It is here that the clock is really ticking, your apps may have taken years to develop, design, and test, and technical teams will need enough time to reproduce them.

While there remains several distinct choices on the roadmap, the trade-offs and compromises associated with each have become clearer.

It’s true that ten years ago, operating systems for mobile devices in the enterprise space were provided by Microsoft. Windows CE and Windows Mobile offered features and capabilities needed for enterprise deployment, while a robust ecosystem of developer tools and third-party offerings allowed customers to create the solution needed to effectively operate and manage their businesses.

Windows proved to be a solid choice and was selected by the vast majority of customers deploying rugged mobile devices for line-of-business applications.

It’s also true that the emergence of enterprise features in Apple iOS and Google Android did not occur until several years later and initially evolved rather slowly, with Apple and Google focused on the rapidly growing consumer phone market.

But in recent years, Google has invested heavily in enterprise capabilities in each of its last three versions, renaming Android for Work to Android Enterprise. Added features include bulk provisioning to speed device setup, Device Owner mode to allow fully managed devices at the corporate level, always-on VPN, and encryption enabled by default to protect personal and corporate data.

Popular mobile operating systems such as Android enable companies to access a large ecosystem of applications, development tools, and resources, but also involve security risks that must be addressed and mitigated.

But Android has steadily evolved its approach to security. As its market share has grown, Android has become a target for exploits and malware attacks, so Google has responded by increasing protection and limiting the ability of the system to be compromised.

With its large market share and extensive ecosystem of apps, Android has become the clear choice for many enterprises in a variety of industries.

Of course, transitioning to Android involves writing new apps, adapting some workflows, and changing the mobile devices workers use. This can be a lot to do at once. One way to provide more time to make decisions is to select a hardware offering that can support multiple operating systems.

Should you be switching your Windows Software Apps to Android ?
Android is likely to be a front runner when planning your upgrade strategy as most users are familiar with Android’s UI on mobile phones. Most operators can intuitively use an Android enabled device with little additional instruction.
Leading hardware manufacturers are undertaking a major push towards enterprise grade Android rugged devices – many resemble a robust Android Smartphone.

Enterprise-grade Android for rugged devices
Rugged device manufacturers have historically used Windows based OS (Windows CE and Windows Embedded) to power their devices, but with the end of life approaching, it’s worth looking at what Android is offering to business and rugged systems users. Nearly all handheld devices run on the Windows operating system, fortunately, a new OS, the right devices and modernising your apps before the 2020 end of extended support date will offer many productivity and cost advantages.

Wiithin the next five years, companies using handheld devices, will move from Windows to Android Operating System in one of the biggest industry platform shifts ever. Windows Embedded CE version 6, debuted in 2006, represents a majority of all embedded devices’ operating systems. There are millions of handheld devices that delivery people, store clerks, and warehouse workers often carry to manage inventory, process orders, and verify delivery.

These devices are most commonly found in:
•    Warehouses Management
•    Manufacturing and Work-In-Progress Industries
•    Supply Chain Transport and Logistics Companies
•    Retail and Healthcare

As a result, developers and device makers need to rewrite their apps for a new OS before the deadline. This can be critical since there are so many devices used in regulated environments.

Any business currently using devices with Windows CE or Windows Embedded Handheld should start to plan for the future.  Depending on the size and complexity of your business, a solution may not be simple nor cheap. Preparing your upgrade strategy now will prevent headaches later and more importantly won’t interfere with your business.

There is a trend to use Android as it is a flexible and capable OS solution. Android makes the transition easier since it is familiar to many users. Android is also said to be easier to develop on, making it a common platform for a range of applications.

Some of the most popular devices in use today are already running Android OS.

We have partnered with Zebra technologies to roll out of this new technology. Since nearly all handheld devices run on the Windows operating system, we expect a demand for resources.  Changing and migrating to a new platform can seem overwhelming, but we can help avoid business disruptions and ensure a successful transition.

Fortunately, a new OS, the right devices and modernizing your apps before the 2020 end of extended support date will offer many productivity and cost advantages.

Why choose Barcode Technologies for your Windows Software Application migration to Android ?
23+ years of experience in mobile enterprise application and software development means that our clients are confident in our ability to deliver a wide range of projects, from logistics, warehousing, retail, merchandising to field service and much more.

Contact us Tel: 01442 87 22 32 or email to sales@barcode-uk.com to get help selecting the best hardware and software to meet your needs, budget and future requirements.